Officers in American Legion Auxiliary Unit 1 in DC are elected or appointed to one-year volunteer terms. This group consists of up to seven women who strongly believe in the mission of the Auxiliary. Their leadership ensures the success of our unit. 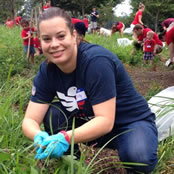 Victoria Pridemore is a dual member of The American Legion and American Legion Auxiliary. In addition to serving as our president, she is the ALA Department of DC’s vice president. Victoria has served in the Army National Guard since early 2001, with deployments to Iraq, Afghanistan, and Kuwait. She is currently with the 29th Infantry Division out of Fort Belvoir, Virginia. Additionally, Victoria works full-time for the National Guard Bureau as the Noncommissioned Officer in Charge of the Special Victim Counsel. She is an active member of her community and volunteers with several veteran-focused nonprofits. The military and service is a way of life for Victoria, as she is married to another veteran, and is the daughter, daughter-in-law, and granddaughter of veterans. 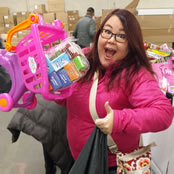 Lauren Lloyd joined the Auxiliary when ALA Unit 1 in DC was chartered. In addition to serving as our vice president, she is the DC representative to the ALA’s national governing board. Lauren is a daughter of an Army veteran and an Air Force veteran spouse. She is dedicated to advocating to meet the needs of veterans, military families, and those in underserved populations. Lauren is the C0-Director of Wounded No More, a faith-based nonprofit organization whose mission is to facilitate restoration of the mind, body, spirit, and community. She believes that giving time, talents, and treasure should be a part of everyday, no matter where you are in life or your circumstance. Lauren also serves on the advisory board for Veterans’ Voices DC, a storytelling series by and for veterans in DC focused on the intersection of military service and civilian life. 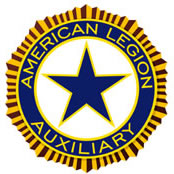 Ruth Riegsecker is the mother of both an Army and Air Force veteran and grandmother of both an active-duty Marine and Marine Corps veteran. She has been a member of the Auxiliary since 2005. Ruth has held several unit-level positions, including secretary, treasurer, and chaplain.